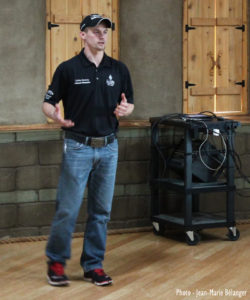 On 10th September 2016, the OFSS was excited to welcome four time Iditarod winner, Dallas Seavey, to their fall symposium in Madoc, Ontario. Over fifty members and guests of the federation listened with great interest as Dallas spoke at length about his life and his experiences of the thousand-mile race in Alaska.

Before talking about the Iditarod, Dallas gave the audience some background about his life. He spoke about growing up in Alaska with multiple sled dogs and of his childhood and teenage years, which included helping out with the kennel duties and learning how to run sled dogs. He also spoke about being home-schooled, wrestling, of starting up his own kennel on a shoe-string and about his first experience of running the Iditarod, aged 18.

Dallas detailed his training methods and philosophy about dog sledding. Of particular interest were the techniques he used to prepare his team for the Iditarod. Instead of running teams for 80-100 miles and then resting for long periods, a method used by many other mushers, he pioneered a technique where his team ran for 40 miles, then rested for short periods. Having a shorter run allowed the dogs to recover faster and maintain stamina and a more constant energy level. He also spoke about working with the dogs as part of a team and never allowing the dogs to stop enjoying themselves, even during the Iditarod. He stressed it was important for dogs never to associate running with any negative emotions. In his opinion, these approaches had helped him win the race four times. 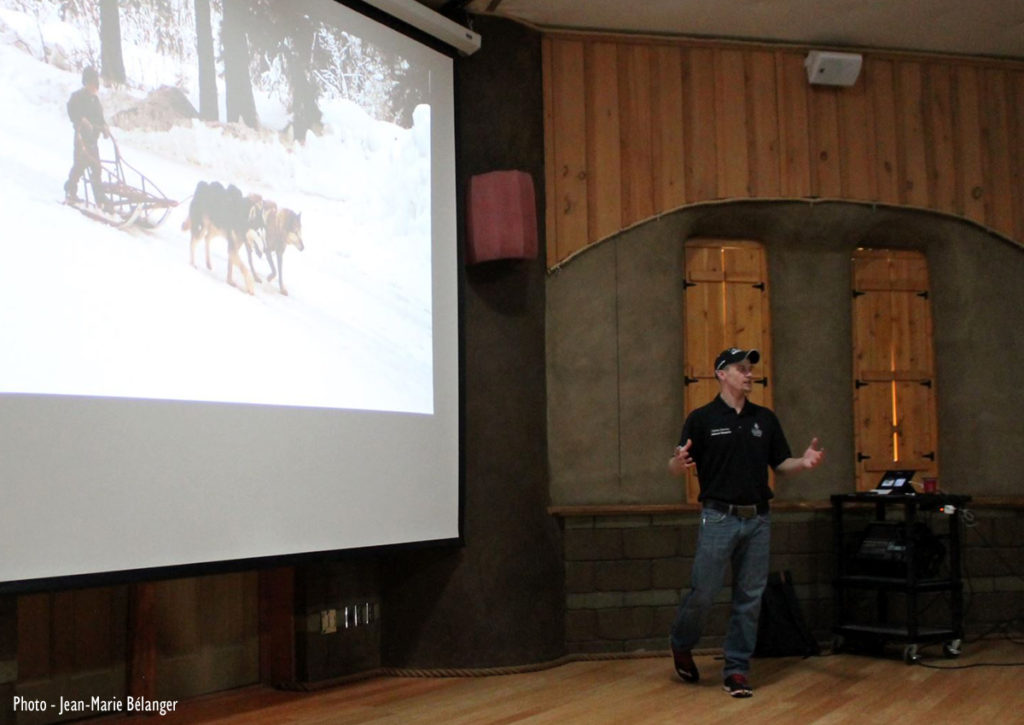 Dallas also told some very interesting tales of the Iditarod, including the time he and his team had to endure a storm and the moment he lost his team on a very rough part of the trail. He spoke about his fellow competitors, including his father who is also an Iditarod champion. Many of the photographs he showed during his presentation showed the reality of long-distance dog sledding. Dallas spoke about the physical and mental effects on the musher and the difficulties that could arise from exhaustion and sleep-deprivation.

Dallas was more than happy to answer questions from the audience, both during his presentation and also during the breaks. He was also delighted to sign autographs and take photos with members of the audience.

Dallas provided a fascinating and compelling view into the world of a long-distance musher. It was a great day for the OFSS and it was clear that both members and guests alike appreciated the time Dallas took to come and entertain and educate us. 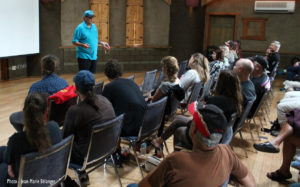 In addition to the great talk by Dallas, there was a presentation by Marc Lacelle of Komatik who spoke about equipment and maintenance. There were the usual door prizes and raffles. Lunch was provided by the Madoc Lions Club. Many thanks to all the people who helped organise and support the symposium and donated prizes.

This message is only visible to admins.